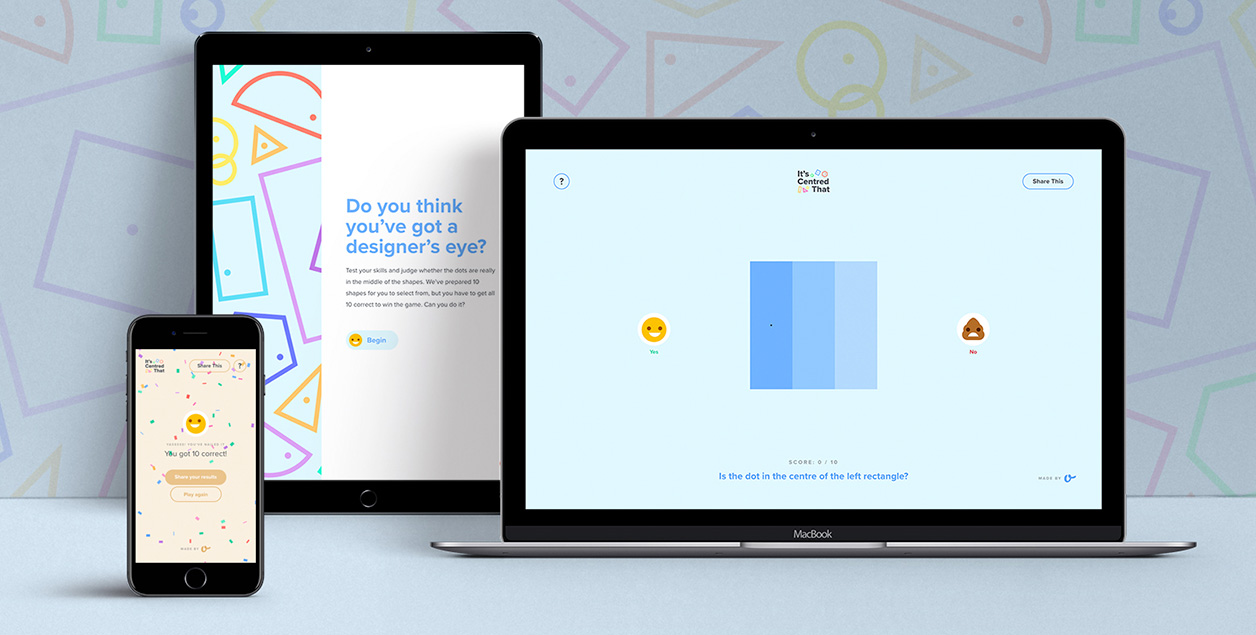 At our small design agency we are often debating if elements in our design work are centered just using the eye alone. Which ultimately leads to the question of whether having a designer’s eye comes with practice or if it’s a natural gift. We wanted to make a little game to put this to the test.

Now, Make sure you have some free time available before starting this because we have been told it’s rather addictive and also slightly frustrating! There’s only 10 levels to go through but gets harder as you go.

Some Tweets so far…

We have found that people really enjoy playing the game and more importantly they like to share it with friends too. Here’s some of the comments we have lifted straight from twitter:

Do you think you’ve got a designer’s eye? Give it a go.

Test your skills with our tools

Learn with our UX guides

Gamification for business: all you need to know